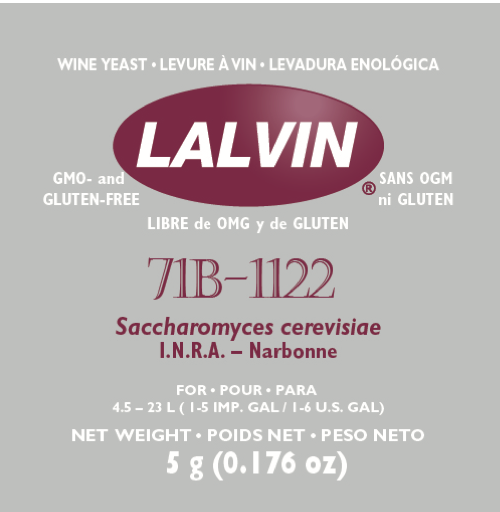 Lalvin 71BTM is a high ester producer, which gives the wines a characteristic fruity (fruit salad) aroma. It is known for the production of the ester isoamyl acetate (3-methylbutyl acetate), an ester described as having a banana and pear aroma. Hence it is useful to use in ‘neutral’ grape varieties to increase the expression of fruity characters. The cell walls of Lalvin 71BTM are also highly adsorptive of polyphenolic compounds, thus limiting the tannic structure of red wines.

Due to a low nitrogen demand, low H2S production and low production of SO2, this yeast is ideal to use in preservative free wines.

The Lalvin 71BTM yeast, was selected by nature, and has since been improved using the Lallemand proprietary process called YSEO®.